The Satellite And NASA Hoax 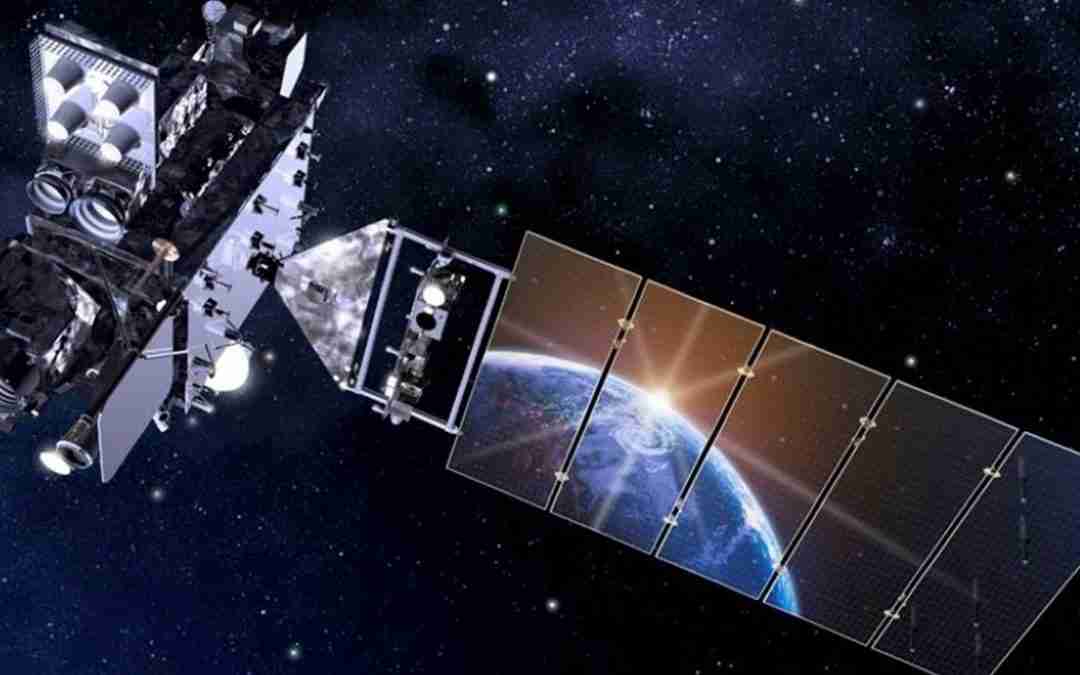 ‘The origins of satellites came from the mind of famous science-fiction writer Arthur C. Clarke. He wrote The 1945 Proposal by Arthur C. Clarke for Geostationary Satellite Communications. Arthur C. Clarke was a high level Freemason as well as a homosexual and self-professed pedophile, throw in satanism and you’ve got a heck of a guy. Arthur C. Clarke was writing science fiction stories along with other notable sci-fi writers Philip K. Dick, Robert Heinlein and L. Ron Hubbard. Arthur C. Clarke did initially claim to know Hubbard, however later he denied that statement and thought L. Ron Hubbard to be completely crazy. That link to Hubbard had to be broken, all out rebuke works well.

There is a seven year overlap between 1945 to 1952 when Jack Parsons, L. Ron Hubbard and Arthur C. Clarke were all alive and were witness to the Science Fiction industry exploding into the eager minds of young people. I find the Roswell crash in July 1947 quite timely and it certainly propelled the interest in space to mania levels.Hollywood didn’t miss the cue since they’re owned by the Khazarian Rothschilds. Hollywood started cranking out sci-fi movies by the truckload. At the top of the Sci-Fi movie heap was the great undiscovered frontier — Space

The Khazarians saw an opportunity to make a ton of money by pushing the space meme. At some point a scheme was hatched to fake launch satellites into space for profit. NASA also became a tool to constantly remind humans of our insignificance in the boundless cosmic order. NASA has been beating the divinity out of us with pseudoscience, propaganda and spiritual delineation. In other words “control” Pre-NASA had accumulated and assimilated the intellectual property from Jack Parsons to the point where he was no longer needed or wanted. Sputnik 1 was launched first in 1957 shocking fooling the world and Explorer 1 soon followed in 1958 the year NASA was created. NASA was also created to militarize space and the atmosphere below it, but why?

Simple, in order to conceal the deceptions of the Khazarian Mafia and their Freemason minions, the Khazarians needed to “secure” the perimeter and operate above any jurisdiction. All information above our heads skyward was now in the hands of NASA as the “official” source, in other words the propaganda machine was created. It’s laughable when you realize we’re solely reliant on just one source for all information regarding the cosmos–NASA. Along with the Controlled Major Mass Media NASA is free to dispense as much GGI/Pixar/Photshop fairy tales as fast as we can gobble them up. I guarantee the satanists of NASA have been laughing along time about their ruses, however they’re being exposed more than ever as incompetent pseudoscience degenerates when real scrutiny is applied.

Seemingly unrelated, in 1959 the Antarctic treaty was signed and is now totally off limits backed by military force. The North Pole is also militarized, though no formal multilateral agreement exists. Still any attempt to traverse either will result in immediate military expulsion and possible jail-time. To date no human has ever traversed Antarctica, EVER!! Think about that for a moment and consider the absurdity of it. There’s still a continent that has never been explored and we’re not allowed access to it! Why?

Satellite Composite What A Joke!

Even the treaty wiki page uses a “satellite composite image of Antarctica, where’s the real photo? Hold on now….NASA can somehow send a satellite to Ceres 257 million miles away without a hitch, but the deepest hole ever drilled is only 7.5 miles out of 3,959 miles to the center of the earth. The other 3,952.5 miles is unknown and pseudoscience fills in the blanks with no true hypothesis just blather. Man hasn’t even been to the bottom of his own ocean (Challenger Deep) So if we haven’t mastered our own domain how probable is it NASA could send a probe 257 million miles to Ceres and retrieve such stunning images? Probability ZERO. The only real images of Ceres that exist reside where they were created, on the hard drives of NASA computers. We will return to the aspect of Antarctica a little later so consider it a seed that has been planted.

The Khazarian Mafia saw another opportunity to steal billions along with their fiat currency central bank thievery and debt-based slavery. That opportunity was satellites launched into orbit. They had their man Freemason Arthur C. Clarke waiting in the fold to ride shotgun, writing sci-fi genre as if it were science. He was a key piece in creating the exploding interest in space and the great mysteries of the cosmos.Clarke was the perfect asset that NASA needed, thus building on the occult foundation of Aleister Crowley, Jack Parsons, L. Ron Hubbard and Walt Disney. Clarke’s sci-fi prowess elevated his fictional ideas as seemingly plausible and scientific. Behind the veil of NASA a symbolic baton was passed to Clarke who becomes the key to both the Apollo fraud and the ongoing satellite fraud.

How convenient it was that Clarke’s 2001 A Space Odyssey was made into a movie by Stanley Kubrick in 1968 and the Apollo 11 moon landings were faked by Kubrick in 1969. One could surmise that 2001 A Space Odyssey was a “dry-run” prior to Apollo. It also smacks of predictive programming with a little MK-Ultra mixed in. 2001 A Space Odyssey was the primer for the Apollo hoax. Since we know from part 1 that the ISS is fake, than I posit that all satellites are illusory and don’t exist. The only thing that exists are the profit margins of the Khazarian Mafia. Satellites are pseudoscience and there is no credible evidence that they exist. No actual photos, no actual video footage, only CGI/Pixar/Photoshop satellites. The staunch evidence that satellites do not exist is paradoxically simple because there’s no credible proof they do exist.

People remark “yeah but I saw the International Space Station!.” Consider for a moment that what you saw was an inflatable replica. In WW2 the U.S. made wide use of inflatable tanks and rubber airplanes to deceive Hitler’s reconnaissance efforts.

http://www.youtube.com/watch?v=JTuHRuZfBN0
William Cooper said “Exploration of the moon stopped because it was impossible to continue the hoax without being discovered. And of course they ran out of pre-filmed episodes. No man has ever ascended much higher than 300 miles, if that high, above the Earth’s surface. At or under that altitude the astronauts are beneath the radiation of the Van Allen Belt and the Van Allen Belt shields them from the extreme radiation which permeates space. No man has ever orbited, landed on, or walked upon the moon in any publicly known space program.”

How many manned missions to a planetary body could they fake? Just enough to set the table for the real goal, thousands of fake satellites launched into space and big profit margins. This was a much safer and secure revenue stream for the Khazarians and having never returned to the moon makes the case.We’ll use the same method of financial investigation that was used in Part 1 to connect the Khazarian subsidiaries to NASA and back to Hollywood. Lets look at some of the companies involved in the Satellite sector. You want to look for four Khazarian Rothschild companies that are majority shareholders. Vanguard Group, State Street Corp., Fidelity and Black Rock. Go to investors.morningstar.com and put in the ticker symbol. Look for Equity Ownership/Institutions and you’ll see the same entities in control. As you’ll see, the are plenty of publicly held companies and a bevy of privately held contractors whose majority stakeholders could quite possibly be the Khazarians.

Why do I say that? As it turns out the Rothschilds are into the Venture Capital game, for example The Edmond De Rothschild Investment Partners. They can capitalize startups and have a major equity stake in them while adding another pawn to their chessboard. Also khazarian alliances such as the Rothschild Investment Partners and Global Corporate Partners can be forged to gobble-up smaller companies as vassals. Here is a telling quote from the press release;

“Gerald Rosenfeld, Chief Executive Officer of Rothschild North America, said, “We believe the combination of Rothschild’s global relationships and Global Technology Partner’s access to and knowledge of the international defense and aerospace industry will create high level strategic advisory and investment opportunities. These opportunities will arise from the continued consolidation of second and third tier defense companies, the anticipated relationships that are forming among aerospace and defense companies on a cross border basis and GTP’s insight into defense markets and technologies.”

FYI, current Secretary Of Defense Ashton Carter is one of the original seven Global Technology Partners which pretty much sums it all-up. Read his corporate bio and realize he’s in bed with the Khazarians too. Below are a few examples of Satellite related companies that have Rothschild majority ownership.

Don’t forget as in Part 1 the same institutional majority shareholders of major Hollywood companies and subsidiaries such as Disney, Comcast, MGM, Time Warner, Dreamworks, Sony Entertaiment are Khazarian owned. Again, go to invest.morningstar.com and look-up these companies. Look for Vanguard Group, Fidelity, BlackRock LLC and State Street Corp. as majority shareholders, and thus Hollywood and The Controlled Major Mass Media become defacto propaganda machines for NASA. With the aquisition of Pixar by Disney in 2006 and Disney as a proven co-conspirator, we already have been subject to Pixar fakery as well.

If there are no satellites than how does GPS, Global Communications and other supposed space-based platforms really work?

The first is Land-based technologies. Land-based communications have been around along time and are still used today. Loran (long range navigation) was developed during World War Two with a range up to 1,500 miles. Towers like these were positioned to provide relatively seamless coverage for navigation. Towers positioned on islands would provide the necessary contact points for propagation at sea. The signal bounces off the ionosphere and creates a “Sky Wave” which in turn creates the “Skip Distance” to the next tower. Remember, this technology is about 70 years old and incremental improvements in power, range and efficiency have been made since.

Thiis is a simple video on land-based communications and the capabilities of microwave transmission. Global Positioning Systems are based on cel-tower triangulation as Google kindly explains here and this accompanying video explains how it’s done.’